Today probably should be something better than it is since its my birthday however I never really liked the attention a day like this brings. I haven’t really given it much thought other than noticing I woke up a bit blue. I didn’t sleep well waking up several times during the night to wind and rain pounding the house along with the flag pole outside my window shaking back and forth and that distinct snapping sound of the flag in the wind. I knew the forecast wasn’t going to be great but yesterday we had our first showing of our house. My company is transferring me to Colorado Springs at the end of June so there’s been a lot of preparation and stress getting the property ready including spending a lot of money on upgrades and finishing projects I would not have otherwise started if I knew we would be moving. This is my backdrop.

With our first showing looming, Sunday I spent many hours both inside and out of the house cleaning and doing detail work to prepare and found trouble both inside and out when it comes to Caleb triggers. Staying in our house has been very difficult because of the trauma that we went through on October 14, 2014 when Caleb passed away. Though I could describe that day in vivid detail, it’s the remnants I tend to deal with that take me back to those intense moments. Just walking through doorways, cleaning the carpet (what I was doing when tragedy struck), seeing the back porch, seeing the scar in the earth where the pond was, our kitchen table where Caleb loved to climb upon. The list truly goes on and on. On most days I do very well but yesterday I was home alone tackling a lot of prep work on my own. I did have Christian radio blaring while inside and keeping my focus on the Lord is where I find refuge and there is no better place to be however the triggers were many.

Most of the inside of the house is sterile when it comes to Caleb I think for that very reason. For a time we had some of his pictures on the fridge but they have since come down in preparation to have our house painted and never went back up. Other than his painting he made us I do not know of any other images of him displayed in the house. While cleaning inside though, we have a very large blanket in our living room that friends gave us with several of Caleb’s pictures painted into the fabric. We do use it as sometimes as it’s nice to be wrapped in it on chilly days but with his image hard to see sometimes, it can be difficult to use if not in the right frame of mind. I wanted to fold it with my favorite image showing so I did taking great care to place it just right on a seat cushion but as I walked away I had to pause because the image is so large and obnoxious that I wasn’t sure how the rest of the family would take it. I know how triggers can be so I picked it back up to hide him(his image) instead in a closet for the house showing…

Taking the blanket off the seat, I  folded it over again and saw the picture of him and I and his big happy smile sent a dagger straight through my soul. A mix of pain salted with suffering and a glimpse of joy for who that little boy was to me. My flesh and blood and my little friend who loved his daddy. One thing I know is the sorrow soaked tears and weeping are never far from the surface. I placed the blanket in my closet and quickly closed the door and retreated to the outside work and for some fresh air and sunshine. Though refuge outside doesn’t come easy either because I spent so much time with him on my back in his little backpack walking the property, I do tend to do better outside. I just needed to be somewhere different. Triggers are hard but I had to press on with so much work to do.

I went outside where landscapers were on the property all day on Saturday grading and seeding and one of the spots on that list was where the pond was. I had covered over the pond in the fall with soil but the dirt scar still remains and needed to repaired and seeded before our move. It was a little easier to see the scar with straw over it and smoothed out as it now blends with the other areas close by that were also fixed and seeded with grass however close to the house was a pile of rocks from the pond. They were put there when I tore it down and not all of them would fit in the pit and with it raining the day I tore it down, I just tucked the rocks away and only remembered them in passing from time to time as something I needed to clean up later. Well, later was Sunday.

I have a flat tire on my wheel barrow so I fired up my backhoe knowing it would be easier to get them all in one shot. This aspect was easy and like a machine, I too drove to the side of the house to retrieve the rocks. I parked the backhoe  and set the bucket close. Approaching the somewhat hidden rocks, I could not help but soak them in and what they meant to me. I recognized some of them because I placed them around the pond as a border. They took me right back to that day and that time… To a wound that is just 5 months old. Bending down to reach for the rocks knowing where they came from each one was like a perfectly placed dagger stabbing me over an over. I tried my best to get them quickly but there is a part of me and the connection to those rocks and Caleb that left me holding each one carefully and placing it in the waiting bucket.

I can’t say I will miss this house when we leave. Sure there are aspects of the house that hold good memories and I try to focus on those and it’s an absolutely beautiful property but this has been one costly cleanup. Financial is just a small aspect to that regard. It’s the soul rocking loss of a child and the sheer trauma associated that is the hardest aspect. As each day passes, I know full well that my only refuge is with God. It’s the only place on this planet where I find rest for my soul. This suffering is not in vein. I am closer to my maker now than I’ve ever been because of it but each day is still hard when I can’t help but miss that little boy.

Please continue to pray as we prepare to move to Colorado. I spent some time there on business in March and I had such a spiritual connection with God there. Seeing His created earth and those mountains truly speak to his power and Glory! My prayer is for a new beginning with fresh perspective and more peace without the many triggers we face at home on a daily basis. I certainly did not ask for this move so the fact that God knew and provided the way forward only leads me to believe big things are coming 🙂 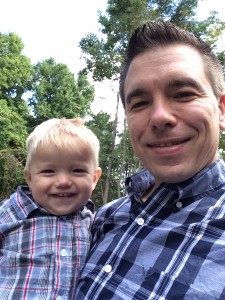 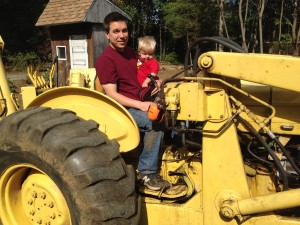 Fission of my Heart

It Doesn’t Go Away…